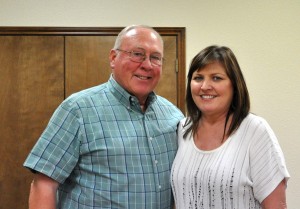 After 32 years of devoted service to Brazos Telephone Cooperative, Richard Adams is retiring. Richard began his telephone career as a “lineman” at the early age of 16. Seven years later at the age of 23, he became one of the industries youngest General Managers for Cumby Telephone, where he served for 12 years before coming to Olney in 1981.

As the GM of rural communications companies Richard has seen a lot of change in the industry over the years and always met those challenges with tenacity and hard work. Brazos as a company and as individuals will feel a great loss from his absence and his leadership will be missed.

Richard’s rest and relaxation are well deserved, but maybe short lived…..as we understand it there are many farm projects competing for his attention. Happy Retirement Richard, we wish you all the best!