Why do you still need a landline? 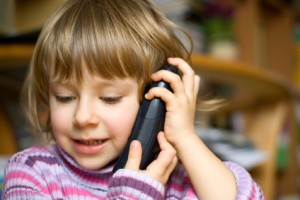 Many people have started replacing their landline with cell phone service, unaware of the potential consequences of not maintaining a landline phone. While having a cell phone has become standard for a large percentage of the population, we should not forget the importance of also having a landline, which is a proven, reliable and ubiquitous form of communication. Having a traditional landline in your home is more than a matter of comfort – it is an essential tool for home and family security.

Note: A news cast aired on October 13, 2011 by WHO-TV 13 in Des Moines, Iowa found that 9-1-1 dispatchers were detecting cell phones up to 14 blocks away from their true locations – which can lose valuable time in an emergency. Watch the complete newscast below. http://whotv.com/2011/10/31/911-knowledge-channel-13s-dan-winters-investigates-how-smart-your-smart-phone-is-in-an-emergency/

At-Home Emergency
During an at-home emergency, you can call 9-1-1 with a landline phone and an emergency dispatch center in an enhanced 9-1-1 service area will automatically receive your location and be able to dispatch an accurate emergency response. If a young child or critically injured adult must call 9-1-1, this can save valuable time and sometimes even lives. While a cell phone can help pinpoint a location, it is not nearly as accurate or reliable in an emergency. A landline can also be connected directly to a home security system, which provides another layer of protection for you and your family.

Value and Reliability
A traditional landline phone provides affordable and reliable service, with unlimited local calling. Unlike a cell phone, a traditional landline phone has superior quality of sound and clarity, and there are no dropped calls. For example, a charged cell phone will work during a power outage, but its reliability is jeopardized if the cell tower site is down or if the signal is weak. A landline phone is a reliable and easy way to stay connected with family and friends during an emergency situation.

Power Outages
In a power outage, you can no longer charge a cell phone but with a traditional landline phone, there is no charging or backup required. Your local telecommunications provider will maintain the emergency backup system that keeps your phone working, even when the power goes out, as long as there is at least one non-cordless phone in your home. Many cell phone towers have a battery backup which only protects you for a few hours during a power outage and even fewer actually have an on-site diesel generator. For the most reliable coverage during a power outage, a traditional landline is essential.

Natural Disasters
Many factors can affect a cell phone tower, especially natural disasters such as hurricanes, tornadoes, and ice storms. For example, many cell towers along the Gulf Coast stopped working as a result of power losses during Hurricane Katrina, causing communication breakdowns that complicated rescue and recovery efforts. On September 11, 2001, cell phone networks were overwhelmed by the sheer number of individuals trying to make calls at the same time. Although natural disasters may also affect traditional telephone lines, local providers are almost always on hand immediately to work to solve their problem quickly and efficiently, so that disruption to service is minimal.

Preprinted with permission from the Foundation for Rural Service – www.frs.org.